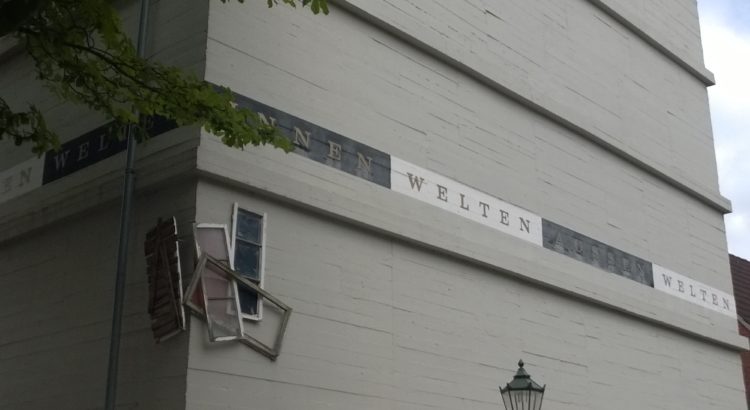 At the end of the Second World War, Emden was one of the most destroyed cities in Europe. Already on 13 July 1940, the first air raid took place against the seaport town, since it was situated in one of the important enemy aircraft incursion route into to Reich. From November 1940, numerous bunkers and other protective buildings were erected in the city area, partly by the use of forced- and foreign laborers and prisoners of war. During the heavy attack on 6 September 1944, Emden’s inner city was almost completely destroyed. Only the bunkers saved many lives. Even today, 31 air-raid bunkers shape the face of our city.

One of them is the bunker in the Holzsägerstraße (Woodcuttersstreet), which opened in 1995 as the first bunker – museum in Germany. This authentic site reflects the period from the beginning of National Socialism over the Second World War to the rebuilding of Emden in the post-war period.

The permanent exhibition is divided into the following areas:

Selected objects and themes from the permanent exhibition A more detailed description in our preamble:

The preambel of the  Bunker Museum Emden

Due to open fire protection regulations, the museum will remain closed until further notice.

Due to open fire protection regulations, the museum will remain closed until further notice.